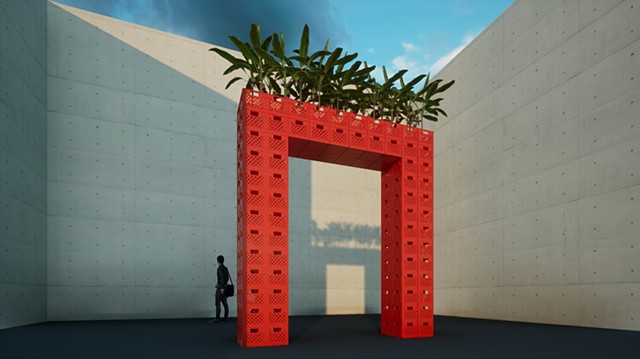 Heryk Tomassini is a trans-disciplinary artist. In his work, he explore the rhetorical emphasis, the complexities and contradictions of the socio-political relationship between Puerto Rico and United States of America. It is seen through a focus on the convergence of the natural, financial, and built environments, in relation to the displacements and transits in cultural history, memory, and migration. He carries this out through a re-interpretive use of symbols, iconographies and/or objects that represent the socio-economic layers and arguments of his cultural history of colonial extractions, and alliances. Among other points on this timeline are some topics he would analyze as ambiguities related to this uneven culture of “exchange.” He looks to different approaches, more contexts, and new narratives in order to produce discussions of possible solutions and at the same time problematize the conditions of living on the Caribbean Island of Puerto Rico, a territory that is liminal to the United States of America.

In his installations, he incorporates discarded materials as a mode of salvages and juxtapositions, to break the framing of a disempowered island. Tomassini, instead look to the networks, as well as the long arch of climate crisis, to channel a new history of representation and exchange. However, in Tomassini’s reality, there is little space for speculation: his upbringing in Las Vegas, Cataño, and Bayamón has been integral to his work and continues to inform the way he presents materials in his installations, which are often site-specific. As a child, the artist gathered materials to make furniture and other objects of necessity. Today, he selects objects from his surroundings, creating installations from discarded materials. Tomassini also has a professional bachelor degree in architecture from The New School of Architecture (ARQPOLI) at Polytechnic University of Puerto Rico, contributing to his precise, clean lines amidst the collection of recycled objects.